Skip to content
HomeFamily storiesLife on Film, from the National Family Film Archive

Life on Film, from the National Family Film Archive 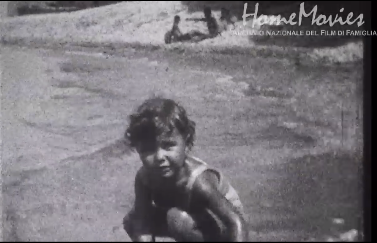 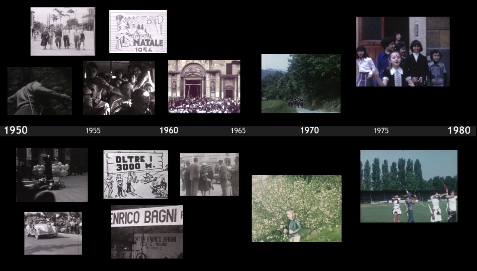 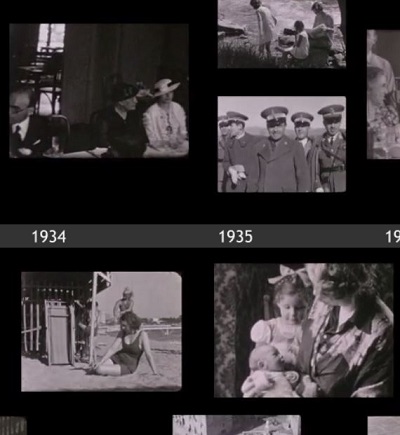 The diary of a sicilian journalist 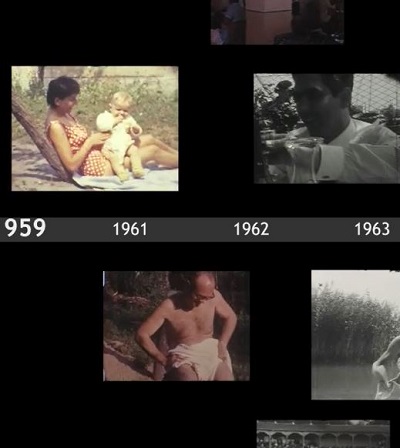 Fragments of a couple’s life 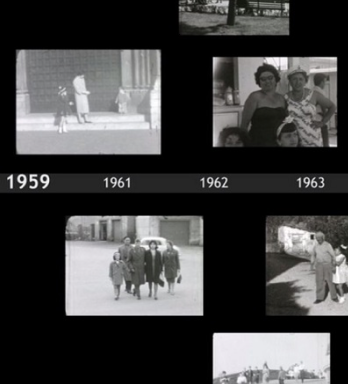 The project has been funded by the General Archive Directorate through special research agreements and proposes the exploration of some of the collections of the National Family Film Archive, which are particularly remarkable for their ability to represent some family stories and to record a picture of the society, everyday life moments, traditions and mentality of the mid-twentieth century.

These videos were edited using Klynt, a software platform that allows users to search through the collections in an innovative and interactive way, following a straight chronologic line or building alternative paths throughout the menu options. Digital video clips make available a huge selection of the sequences of the abovementioned collection and are accompanied by short texts, embedded in the titles, in the captions or overlapped to the images, that introduce, contextualize and give detailed information about the people, places and situations depicted. Information has been collected through the accurate research and documentation effort developed during the indexation of the collections.

The National Family Film Archive was established and managed in Bologna by the Home Movies Association for the purpose of saving and transmit an audiovisual hidden and inaccessible heritage. Since 2002 Home Movies collects cinematographic films conserved by the Italian families, treating these films with the great care they deserve. Eventually the range of action of Home Movies has been widened, including audiovisual collections of schools, churches, associations, institutes, etc. The Archive brings to light, by making it public, a hidden heritage that would otherwise be condemned to dispersion and oblivion. It includes not only family films, but documentary and fiction films, often directed by able amateur cinephiles, experimental and independent directors, scientific films, etc. Those films show the everyday life of ordinary people and record the landscape, free time, work, trips and vacations, private moments, collective rituals and public events. Home Movies specially cares about the processes that allow us to make this audiovisual material available and interpretable: with the help of highly specialized professionals they were able to carry out a detailed indexation, description and historic contextualization of the material. Last update: 09/10/2018

The National Family Film Archive is the first Italian institution dedicated to the preservation and appreciation of this rich audiovisual heritage, which was until then unpublished and came almost exclusively from families and film amateurs and that until recently has been considered irrelevant, and now is being progressively rediscovered. Home Movies is also the only organization that searches and collect films all over Italy and that can guarantee the preservation of the original audiovisual material in specially equipped rooms. The Archive is located at the Parri E-R Institute for the History and Memory of the 20th Century and holds approximately 20.000 items, almost all of them originals: films in reduced format (8 mm, Super8, 16 mm, 9.5 mm Pathè Baby) mostly recorded between the 20’s and 80’s of the 20th Century. In addition there is a minor collection of films on 35 mm, and a growing number of audiovisual material on magnetic carriers. In total, there are about 5.000 hours of audiovisual material from all Italy, that families and other institutions had preserved in closets, attics and garages and that contain a documentary heritage of a remarkable historical and social interest. The recorded events are diverse, they range from family life celebration in all its aspects to the free time and work, from public events to landscape transformation. In 2011 the National Family Film Archive was declared “archive of specially important historical interest” by the Superintendent for Archives of the Emilia Romagna Region. Last update: 09/10/2018

These are some of the films you can see in the National Home Movies Archive:

This website uses cookies to improve your experience while you navigate through the website. Out of these, the cookies that are categorized as necessary are stored on your browser as they are essential for the working of basic functionalities of the website. We also use third-party cookies that help us analyze and understand how you use this website. These cookies will be stored in your browser only with your consent. You also have the option to opt-out of these cookies. But opting out of some of these cookies may affect your browsing experience.
SAVE & ACCEPT